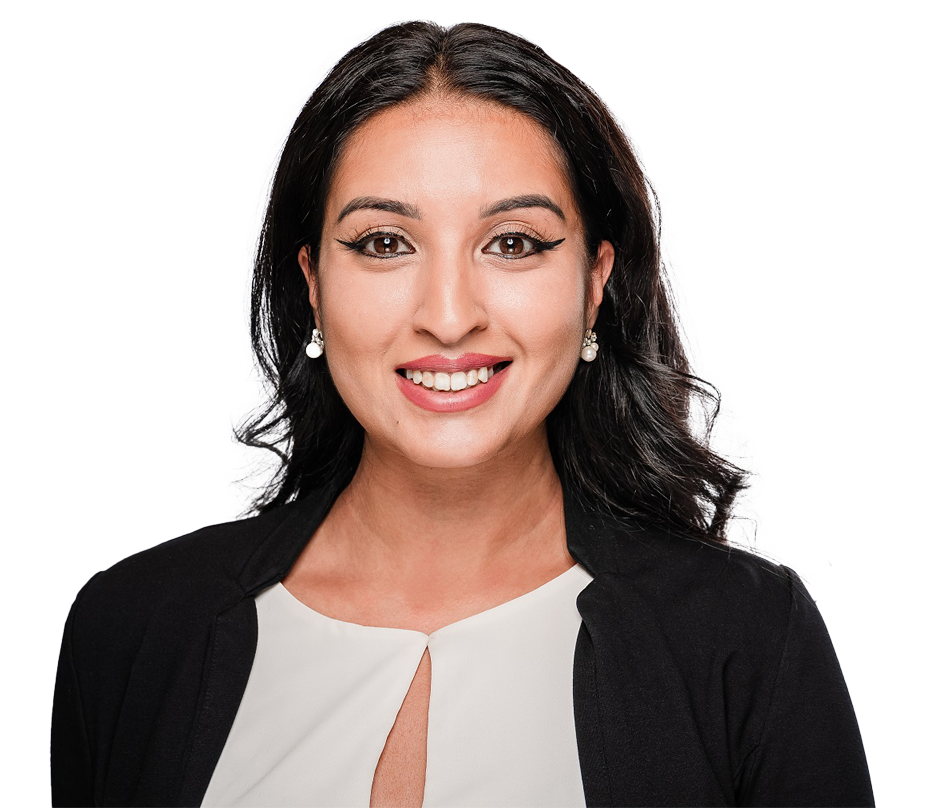 Surina Sud is a partner at Kostyniuk & Greenside. Surina obtained her law degree from the University of Leicester in 2015. In 2013, she received an award for achieving the highest overall mark in a course (Civil Justice System) and was named the Most Valuable Player of the Women’s Varsity Basketball Team. In 2014, Surina led the University’s Pro Bono Committee as its Chief Officer. While Chief Officer, she founded and implemented “The Asylum Project”, which assisted individuals seeking Asylum in the United Kingdom.

Surina was called to the Bar in 2017 after completing her articles with Kostyniuk & Greenside. She has appeared at jury trials and advocates for Plaintiffs and Defendants at all levels of Ontario Courts and Tribunals. Surina is an active member of the Canadian Defence Lawyer’s Young Lawyer’s Committee and the Toronto Lawyers Association’s Education Committee.